Okay - so quick and informal post. I just found an awesome app. It is called Artkive (like archive... Only with Art).

So I haven't actually used the app - but the reviews are decent. Basically the idea is to photograph all your child's work (artkiving) which you then can share, print on different products or even make a coffee table book!!!

I think the idea is genius!! If is currently FREE in the apple app store (as of the posting of this entry).

Posted by Ms Novak at 5:21 PM No comments: Links to this post

Summer In The City - Detroit 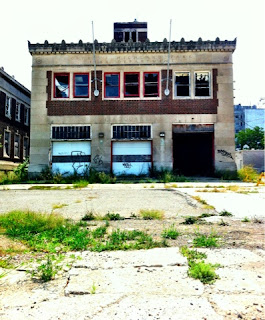 Even though, last summer, I was overwhelmed and stressed about finding a job, I felt a pull to do something in the community. I dreamed of finding a place that I could donate my time, make a difference, but still take vacation without issue, and to do this all during the week.  I wanted to have my cake and eat it too.

Needless to say I didn't search for anything along those lines my first summer in Detroit - blame it on being lazy, stressed, or convinced there was nothing of the sort.

Fast forward a year. My second summer in Detroit and that nagging feeling returns - perhaps out of boredom, perhaps out of a need to be more... more.... more than just me?

In any case, I was surfing Detroit websites and somehow ( I can't seem to recreate how I got there) stumbled upon Summer In The City. It was everything I was looking for: volunteering during the weekdays, painting, planting, playing, and only a day to day commitment.

I immediately registered to be a volunteer. I realized as I was filling out the online registration that clearly this organization is geared at people younger than I (mostly high school). I like youth and figured why not- the website said they had volunteers as young as 40. 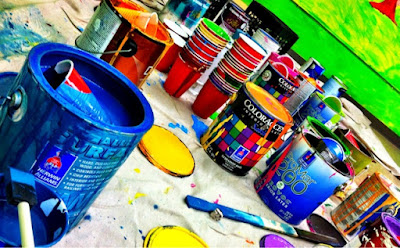 My first few days were..... different. Not bad, but different. Somehow I thought that it was going to be like a Disney movie. I was going to go the first day and be moved to tears about all the good I was doing. I think, without knowing it, I was expecting some kind of music montage.... None of this happened. Instead I was someone who showed up amongst many, many high schoolers. I did not volunteer with anyone I knew- so, me being the shy person I am at first, I only had a few introductions to main crew people and did as I was told. 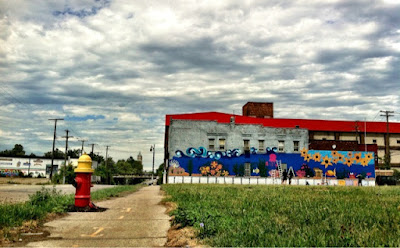 Even though my first few days were a little lack-luster - I kept going. I don't know if this was out of boredom, or if I knew somewhere inside that I needed to be there - for me. (It also had to do with Ben and Liz - who pretty much called or texted me the first few days telling me where to go and introducing me to people.)

Fast forward, again, to this evening:
It has been a few weeks of volunteering at multiple paint sites around Detroit and I finally get it. I finally get why I kept going back, why I am growing to love Summer In The City.

Currently, it is not for the friends (as I am still getting to know people and I am still pretty quiet)- it isn't for the amazing bright paint we use (which is pretty cheerful). I keep going back because I am learning about Detroit.

I started Summer In The City very cautious of where I was going - afraid of the neighborhoods. I actually remember wondering what I would do if someone showed they were mad I was painting over their tag.....

Instead of being presented with hostile neighbors, as I somehow expected - I have had nothing but positive comments and interactions.

People drive by and honk and shout things like, "great work" "keep it up" "looks awesome" "thank you" "keep up the fight"..... It goes on. 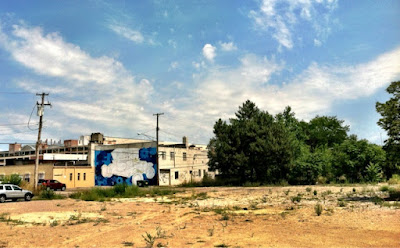 People stop by and ask how to get involved or who we are. More than once in the last few weeks people have made on the spot cash donations, brought water or snacks.

I am learning about a side of Detroit that is hard to explain with words. The people in the neighborhoods are passionate about the city and want it to be beautiful and safe - these people are strongly passionate, but in a completely different way than I expected. 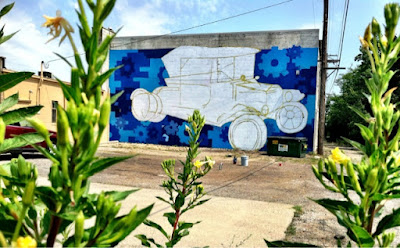 I keep returning to Summer In The City because it is bigger than me, it is bigger than the paint- it is a small step in helping people reclaim their city. The bright murals help people smile, which helps people have hope, which then leads people to care. I keep going to get over my fear and assumptions of the city- to meet people in the neighborhoods that I am changing.

Summer In The City is becoming more than a place to spend my extra summer time - it will be a place I will return to each summer for years to come.

Thank you Summer In The City for being awesome and welcoming me so earnestly and freely.
Posted by Ms Novak at 9:19 PM 2 comments: Links to this post